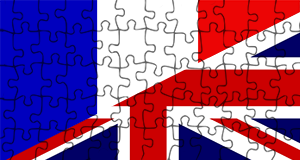 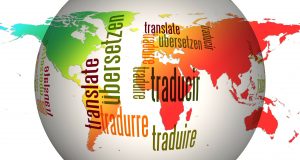 Translation softwares, such as Google Translate and Bing Translate are getting more and more sophisticated and can be great tools to help with everyday challenges you might encounter on your travels. But are they sophisticated enough to perform high-profile translations for your company?

Some very embarrassing examples we consistently see on social media suggest that the answer is “no.” Translation softwares are not feed by the works of professional translators but crowdsourced through the general public. This bears a high risk for inaccurate translations and often even violate cultural norms.

One embarrassing example is Bing Translator’s mistranslation of the term word “Daesh” — the Arabic word for the Islamic State — that became “Saudi Arabia” in its English translation. This was seen by many as an insult to an entire nation.

Google Translate also made the news for an embarrassing error just a few months prior. When translating from Ukrainian into Russian, the “Russian Federation” became “Mordor”, the well known mountain of the Lord of the Rings, which is, in reality, located in New Zealand.

While these news make us laugh every once in a while, it is still alerting that occasionally we come across a business who uses translation softwares for the translation of their websites or marketing material. Not only do these incorrect translations look embarrassing for that organization, they can also insult its customers — which is the opposite of what these businesses set out to do.

The use of translation softwares is great for ordering food abroad or communicating allergies to the chef, but it is certainly not advisable to use crowdsourced translation softwares for your website, technical documents, or marketing material. Or else you might end up being featured on social media, too, but not the way you wanted to be.

Canada is not alone in facing a shortage of qualified court interpreters to help in the prosecution of crimes committed by ever-increasing slice of cosmopolitan miscreants.

Let us look at the case of South Korea: The Chosun Ilbo is reporting that in 2014, the number of countries where more than 40 people were indicted in S. Korea came to an astounding 20. Canadians, Americans and Japanese among the largest group of suspects next to the Chinese, who constitute the largest group of people indicted.

However, the countries of origin have diversified recently to include criminals from Mongolia, Nigeria, Russia, Sri Lanka, Pakistan, Uzbekistan and Thailand.

Courts have trouble keeping up. The Chosun Ilbo reports that the recent trial of a Nigerian arrested for an online scam turned into a judicial marathon: although English is the official language, over 200 local languages are spoken in Nigeria and no suitable court interpreter was available.

The same is true for trials of Pakistani persons: the range of languages is large and often, two interpreters are needed: one from the local language into the Urdu language and the other from Urdu into the Korean language.

If so, you came to right place, but before delving into the delicate process of translating a video, you must consider a few parameters:

There are four common methods to translate video or a movie. We shall review them in turn starting with the most expensive and work our way down to the most affordable

Li-sync dubbing is a technique of reproducing a film or a video in another language and give the audience the impression that the film or video they are watching was originally produced in their language. It requires a lot of preparatory work not only to have the translated scripts fit into the time constraints, but also to ensure that the voice talents hired for the process mimic the actors’ lip movements as closely as possible. This is why lip-sync dubbing is expensive. Because one will never mimic an “a” in one language sound for a “m” sound in the target language, perfect lip-sync is nearly impossible to achieve, but is still quite realistic if well done. This technique is mostly used for translating movies.

Voice-over is perhaps the most common type of video translation. Since there is no effort at mimicking the lip movements of the speaker, this method is quite unsuitable for movies. In this type of setting, you still see the subject speaking but his or her voice is dimed-out and replaced with that of the voice-talent in the target language. Because far less preparatory work is required, voice-over is cheaper than Lip-sync Dubbing.

I guess you have intuitive knowledge of what subtitles are: a written transcription of a dialogue usually placed at the bottom of the screen. They are the most cost-effective way of translating a video but the viewer may miss out on a good part of dialogues if the fast flow of the spoken words exceeds the ability of the viewer to read fast enough. Also, subtitles may not stand out clearly again some bright backgrounds.