Canada is not alone in facing a shortage of qualified court interpreters to help in the prosecution of crimes committed by ever-increasing slice of cosmopolitan miscreants.

Let us look at the case of South Korea: The Chosun Ilbo is reporting that in 2014, the number of countries where more than 40 people were indicted in S. Korea came to an astounding 20. Canadians, Americans and Japanese among the largest group of suspects next to the Chinese, who constitute the largest group of people indicted.

However, the countries of origin have diversified recently to include criminals from Mongolia, Nigeria, Russia, Sri Lanka, Pakistan, Uzbekistan and Thailand.

Courts have trouble keeping up. The Chosun Ilbo reports that the recent trial of a Nigerian arrested for an online scam turned into a judicial marathon: although English is the official language, over 200 local languages are spoken in Nigeria and no suitable court interpreter was available.

The same is true for trials of Pakistani persons: the range of languages is large and often, two interpreters are needed: one from the local language into the Urdu language and the other from Urdu into the Korean language. 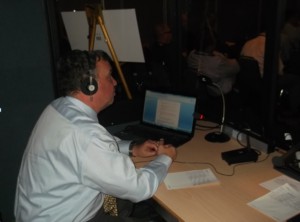